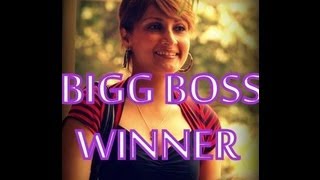 As the sixth edition of controversial reality TV show ‘Bigg Boss’, hosted by superstar Salman Khan, drew to a close; Urvashi Dholakia, Imam Siddique, Niketan Madhok and Sana Khan were the ones who made it to the grand finale.

Dholakia, a very popular TV actress, best known for her role of Komolika looks like a strong contender to win the show’s 6th season. However, model Niketan Madok also looks likely to be named the winner, leaving little scope for Sana Khan and the infamous Imam Siddique.

The final episode began with a short recap of the season, with Bigg Boss narrating the journey at Bigg Boss 6 house.

Salman Khan then came and began talking to the house inmates, four finalists of the season. When asked to guess about the winner. While Imam stuck to his prayers for himself being the winner, the others preferred to take the names of others, not themselves. 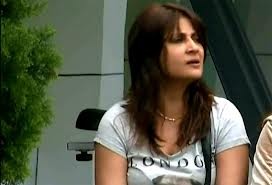 Salman Khan then announced the name of the person with lowest vote count among the finalists-Niketan Madhok -, declaring him out of the Bigg Boss 6 race.

Some interesting awards were then announced for Bigg Boss 6 house inmates. Rajev Paul was given the Fuski Bomb Award, given for the person who threatened everyone but actually did nothing. Popat award was given to Aashka Goradia. Imam was given award for changing his colours most frequently. Doordarshan and rubber awards were given to Delnaz, for watching as an audience in most of the scenes of action in the Bigg Boss 6 houseand stretching her speeches and explanations.