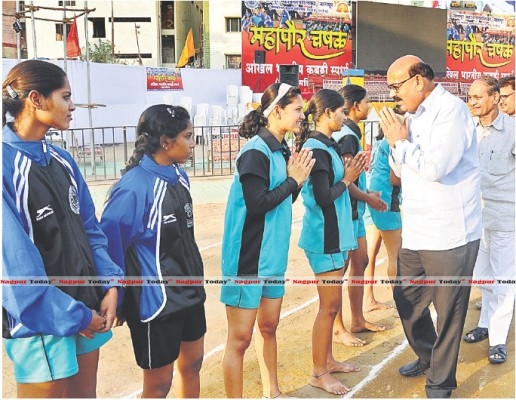 In the men’s section, Air India defeated their rivals in two league matches. They were supposed to play third league match against Amar Krida Mandal, Nagpur but got walkover as the Nagpur team didn’t turn up at the venue. Therefore Air India topped A group and entered the quarters.