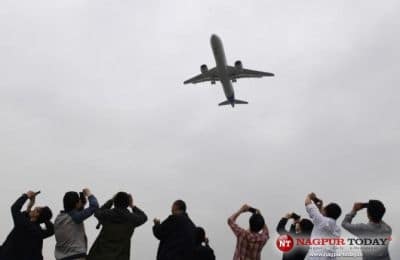 Three people who used to take flights to allegedly carry out house break-in thefts (HBT) in various states of the country have been arrested by Mumbai police, an official said on Friday.

The arrests came about after the Powai police here started probing an HBT in which 627 grams of gold and foreign currency, cumulatively valued at Rs 24.71 lakh, were looted on September 18, an official said.

“CCTV footage helped us to zero in on Tausif Qureshi, Pasha Gaus and Mohammed Salim Habib Qureshi alias Munna. We traced Tausif and Pasha to Hyderabad, and a team was also sent to Karnataka as location of Munna was traced to Bangalore. He was finally held from Raichur,” he said.

“We have recovered ornaments worth Rs 21.60 lakh. These three often used to take flights to reach various states to carry out house break-in thefts. However, after committing HBT, they used to travel by road in disguise,” he added.

Mohammed Salim Qureshi is a history-sheeter with at least 215 cases against his name, including for robbing the house of a prominent personality from Rajasthan, the official said.